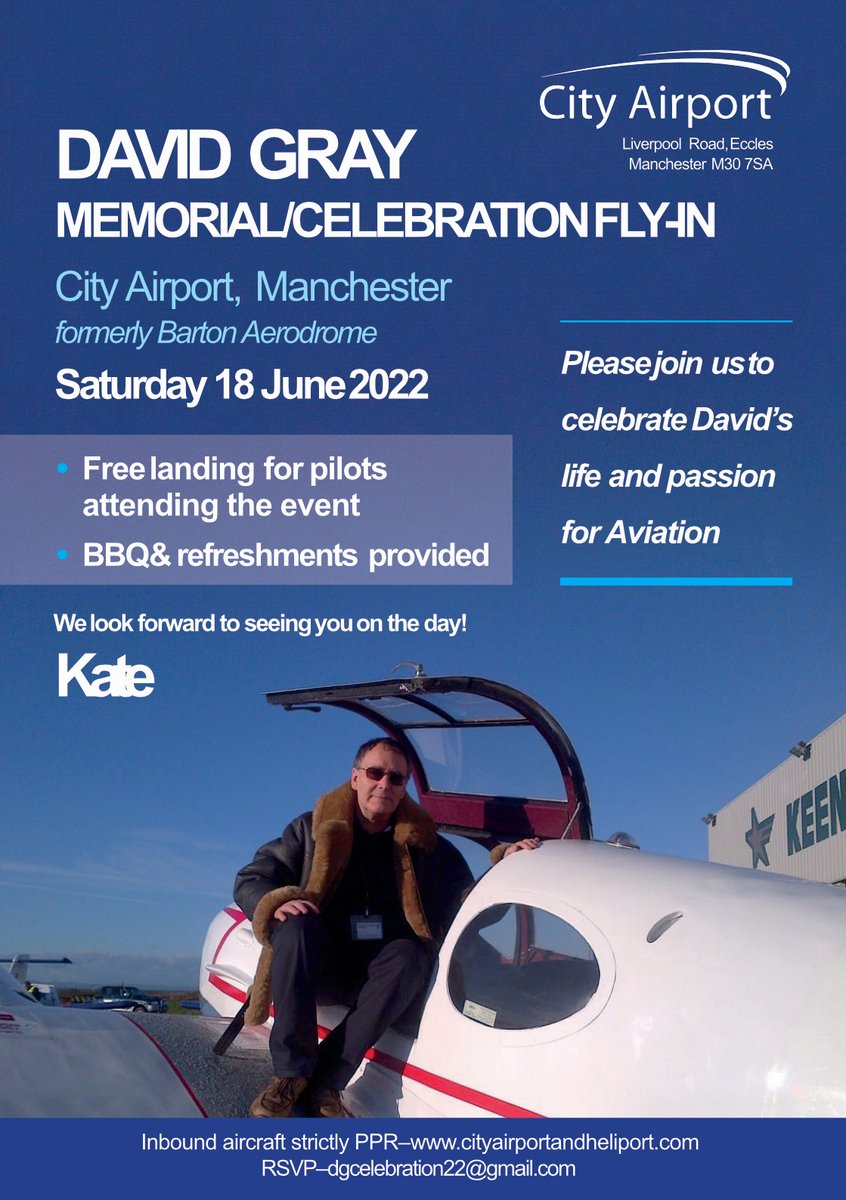 David’s interest in aviation started in the early 60’s, living close to Manchester Airport he would spend many hours at the airport with his friends.

Dave learnt to fly at Sywell in 1975 and became a member of LAC in the late 70’s, owing a share in a plane based at Barton. In 1980 Dave bought a Jodel Mascaret D150 from La Rochelle which was based at Barton for many years. In 1988, 1990 and 1993 he was awarded the PFA rally award, The Wilkinson Sword, for the best Jodel. David travelled extensively around the UK and Europe, attending many rallies over the years.

David also took part in the Dawn to Dusk event in 1981, coming second and was also presented with a special award medal from Prince Philip, Duke of Edinburgh.

G-AKKB in August 2010. Dave was delighted to bring the Gemini back to Barton, where it was originally owned by Fred Dunkerley, a fellow Lancashire Aero Club member. The Gemini moved to Keenair at Liverpool before moving to his hangar at Sleap in 2019.

The Gemini was invited to participate in the 75th anniversary celebrations at Manchester Airport in 2013 as part of a display of vintage aircraft.

David was honoured to be invited to undertake a flypast over St George’s Hall, Cenotaph, Liverpool on November 2014 to commemorate the 100th Anniversary of the start of WW1.